We wanderers, ever seeking the lonelier way,
begin no day where we have ended
another day; and no sunrise finds us where
sunset left us.

Even while the earth sleeps we travel.
We are the seeds of the tenacious plant,
and it is in our ripeness and our fullness of
heart that we are given to the wind and are scattered.

Kahlil Gibran from “The Prophet”

It’s now some six months since we first set off on our travels – and being probably somewhere over the half way mark of our journeying, it seems time to pause and take stock.  Over the past few months, it’s fair to say that we’ve seen an amazing variety of places and met some extraordinary people. And as I write this, we’re half way across the Bass Strait, on our way to Tasmania, and the last state of Australia that we have yet to visit on this trip.   At the moment, Tanya is trying to sleep, but probably planning her next photo expedition.  A few decks below, Bailey and Saffy, who have had to stay in the vehicle, are probably throwing up last night’s dinner all over the car.*

After several months on the road, we have optimised our travel routine and pared down our possessions to what we really need and use. The ‘gubbins’ that plagued us when we set off are either disposed of, or now has its allotted place in the Land Rover.   All the things that we thought ‘might’ be useful have either proved their worth or been donated to someone who would genuinely appreciate them. Some lucky recipients along the way have gained picnic blankets, giant dog beds (sorry Bailey & Saffy), car vacuums, lanterns, coffee pots and more.  Every spot in the car and each of our seven black crates has a specific set of contents and a specific way to pack it. When it is time to pack or unpack, this means we can do it with military efficiency.

Whether we’re camping for a couple of days, or staying in a cottage for a week, we know exactly what we need and where it goes so well that we can do it without exchanging a word.  And the Land Rover itself is certainly not the bright shiny thing we set off in six months ago.   It seems to have developed a patina of grime and dust that is going to take more than a bucket and sponge to remove – not to mention a few scratches from various tree branches and bushes that it has had close encounters with. 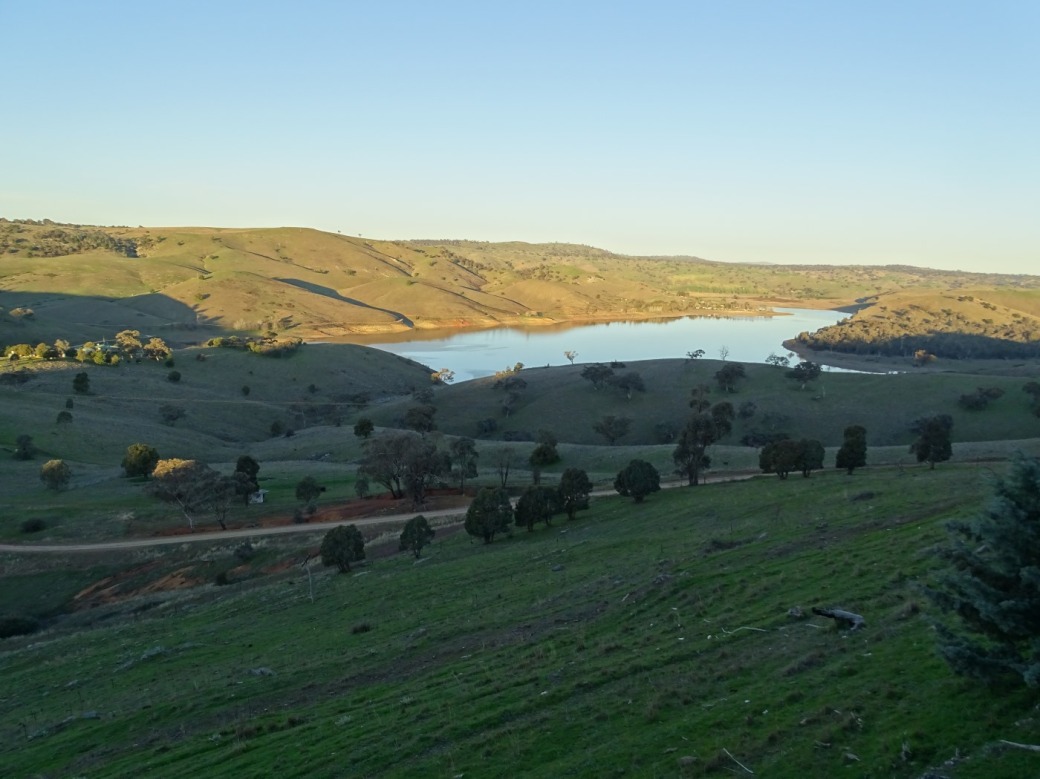 Last light over the Yass Valley, at the end of our 1st day travelling

There’s two questions that we get asked mostly frequently about our trip.  Firstly, what’s our favourite place that we’ve visited, and secondly, don’t we get bored of all the driving?

In fact, the answers to these 2 questions are all mixed up with each other and I can’t answer one without also addressing the other.

Given how quick it is to get to any point on the globe by air travel, for most of us, long distance travel is something vaguely unpleasant to get over with as quickly as possible – there is no mystique in standing in check-in queues or squeezed into an economy seat for 24 hours.  Travel has become a means to an end not and almost never an end in itself. When you can get from London to Sydney in a day (or perhaps two, thank you Qantas), we forget how air travel completely distorts our concept of distance.     Even across just the single country of Australia, when I was working, I would frequently fly from Sydney to Melbourne or Brisbane and back in a single day – and not really give much thought to what was 35,000 ft below me.   “Flyover country” is the disdainful term frequently used to describe landscapes we will never visit or see except from the window of an airliner.   And so, we lose sight of the fact that, for virtually all of human history, travel was slow, tough, and dangerous.  We forget that when James Cook set off from the UK to  explore this corner of the world, it took him three years before he managed to return home – and even then, he had only touched one side of the vast Australian continent on his journey.   And some years later, when John McDouall Stuart set out to explore the centre of Australia, it took him six expeditions and four years before he was to find a way from what is now Port Augusta in South Australia, to Darwin at the northern top of the continent. 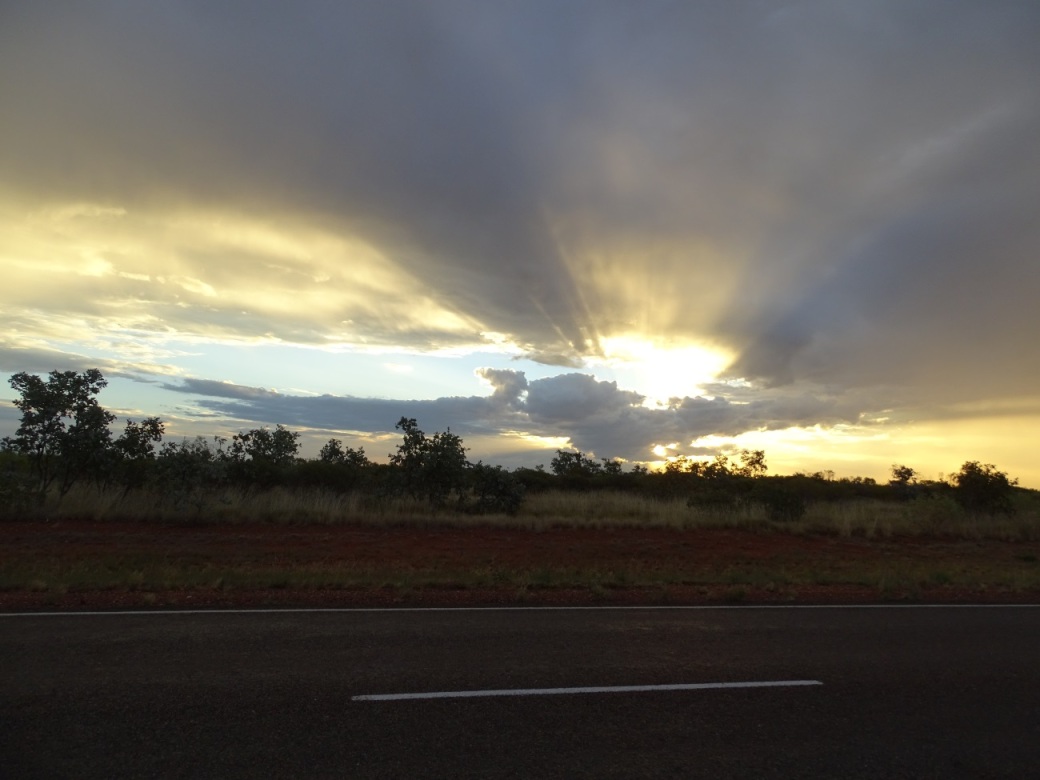 Dramatic sunset after a storm on the Stuart Highway, north of Tennant Creek. The Stuart Highway follows the path of John McDouall Stuart as he explored the route to the northern coast of the continent

Obviously driving around modern Australia in a comfortable and well-equipped Land Rover (with 2 dogs) doesn’t really compare with setting off to discover new lands on the other side of the globe in an 18th Century sailing ship, or trying to find your way across a vast, unmapped continent with horses and pack-mules.   But, I like to think that some faint echo of that type of journeying is still possible today and the experience of overland travel allows the time to see and digest the detail of the land and landscapes which we too rarely get to appreciate.  It gives us time to see how everything in the country fits together in a giant continent-sized jigsaw, and how different communities live and thrive in what can be incredibly isolated and difficult locations.  Over the course of a day’s travel, we can watch how open plains slowly give way to scrubby bush, and then to vast forests of eucaplyts stretching over the hilltops, before descending to moist gullies of rainforests fragments, dominated by tree ferns and creepers.  You can watch how micro climates and the rain shadows of a range of hills radically change the flora – and agriculture of a region. 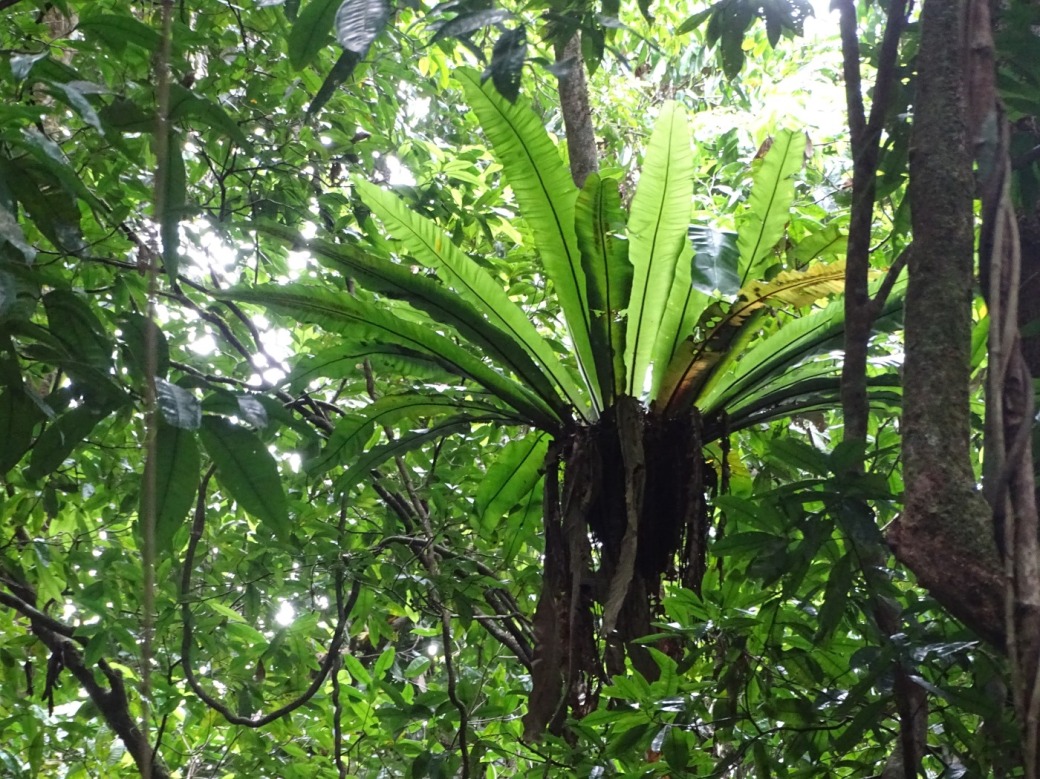 We have walked across vast salt lakes, baked dry by the desert sun, and made snowballs in summer at the top of the mountains.  We’ve hiked through rainforests and across deserts, and watched the sunset from beaches so stunning that travel magazines would reject them for being far too pretty to be real. 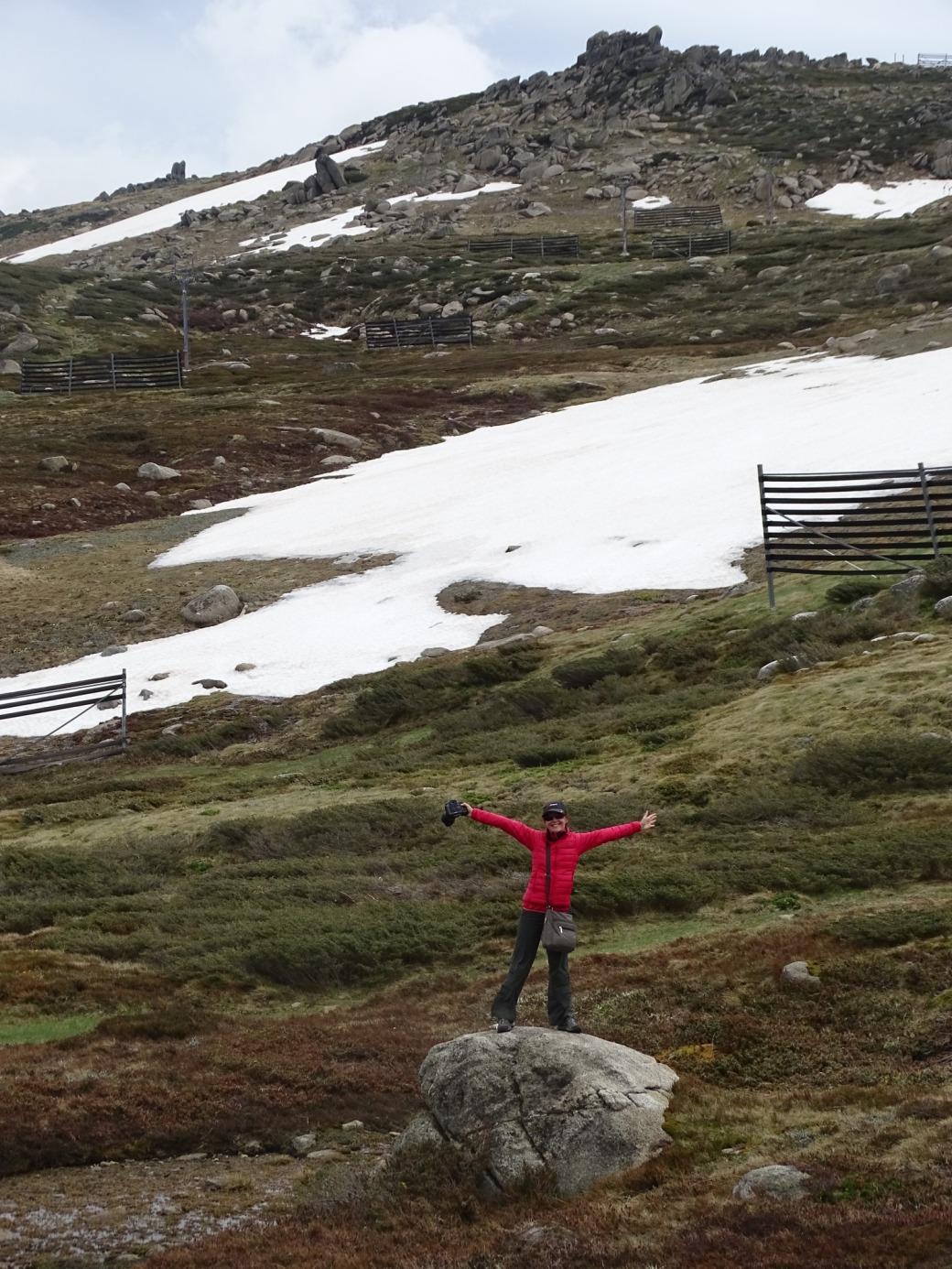 Tanya enjoying the snow at the top of the Snowy Mountains

We’ve stayed in cabins in the middle of forests and camped on the edge of cliffs.   We’ve been lucky enough to see hump back whales breaching, dolphins prancing in the waves, roos and wallabies of every shape and size, echidnas and platypuses, carpet pythons and crocodiles. 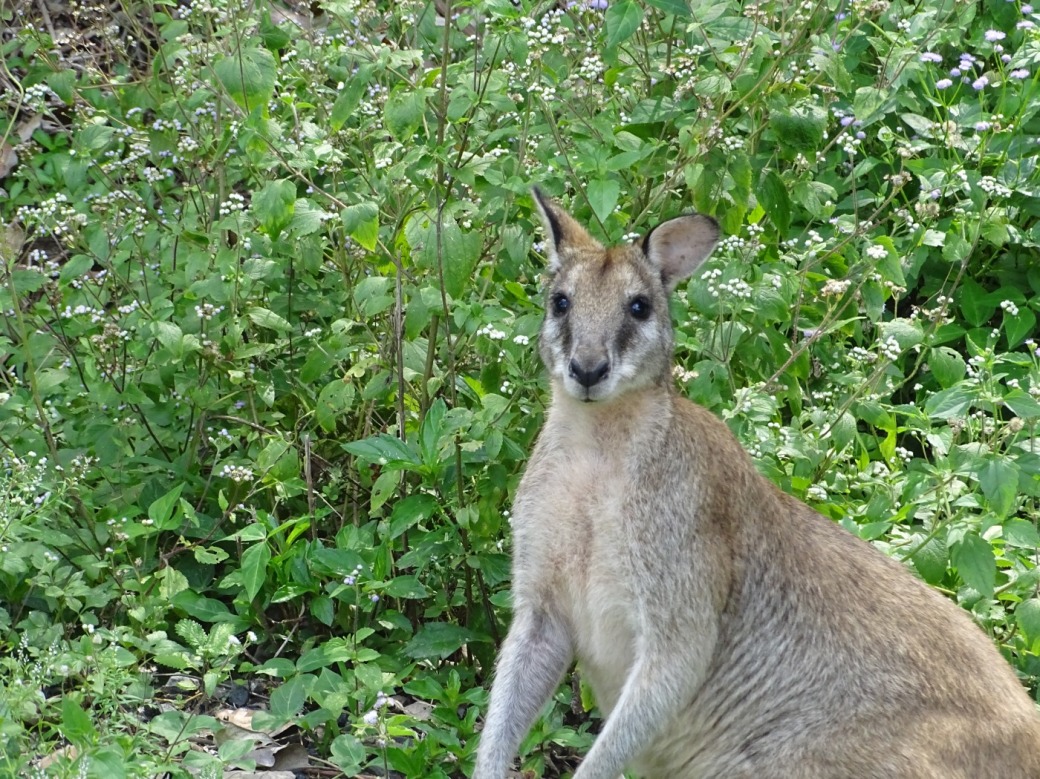 It doesn’t matter how many times we see roos, every time we have to take a photo. Who couldn’t love this guy?! 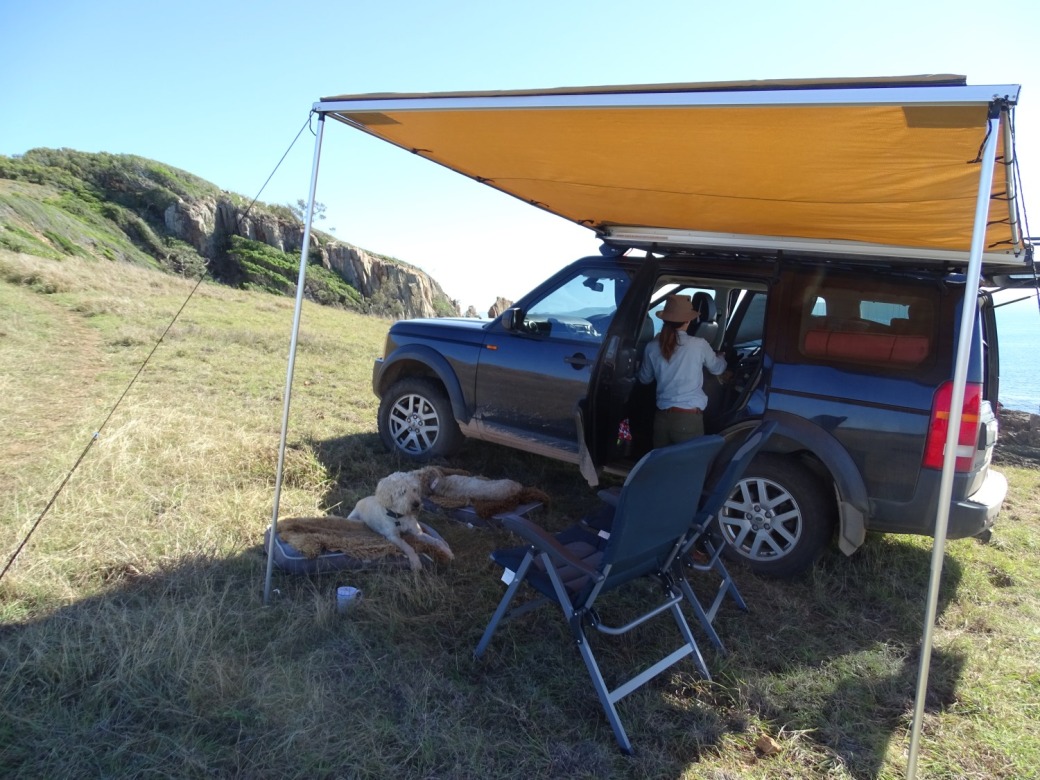 The dogs enjoying some shade while we set up camp

And as well as the ever-changing landscapes and wildlife, there are the vast array of country towns and villages to experience.  Many of these are isolated islands of urbanisation, perhaps several hours drive from the next nearest town, and maybe a day’s driving or more from a main city.    Each town has a different feel – some are clearly loved and take huge pride in their manicured parks and immaculately kept streets.  They often like to boast of what makes them unique – Narrabri in central NSW likes to consider itself Australia’s “Sportiest town”, while we have seen endless claims of towns that like to consider themselves the timber capital of Australia, sugar capital, beef capital, potato capital, dairy capital, rhodendron capital or roadkill capital.  Ok, maybe not the last one but there would be a few contenders if they did.

Others have a sense of long faded glory which you can sense as soon as you drive in.  Often the biggest clue is the ubiquitous town hotel.  In well-to-do towns, this remains as the central focus of the town, beautifully maintained with its original iron balustrades and timber frontage, its bar and restaurant still popular with locals and visitors alike.  Yet, far too often, it is boarded up and forgotten, with peeling paint revealing weathered timber; the only decorations are the tattered scraps of posters advertising a long-departed circus.

The rise and fall of these towns depends largely on the success or failure or the surrounding farming and forestry, and whether newer industries such as mining have come in to shore up the local economy.   But whatever their story and condition, each town has its own set of characters who are usually happy to chat about their town, and their lives.  Unlike many of the cities, everyone has time for visitors.  Towns will often have a local museum recording and celebrating their history – I am ashamed to admit we have not taken the time to visit many of these.   As well as the locals who may well have lived their whole lives in the region, sometimes, in the most out of the way, unexpected places you meet travellers who came for a visit, fell in love with the place (or perhaps with one of the locals) and settled down.  In a pharmacy in the Kimberley we met a guy from Bradford who had come for a visit and never went home.  At a micro-brewery at a tiny place called Dalgety, a colourful lady (literally, her hair was beaded and threaded with multi-coloured yarns) from the Lake District was serving up amazing meals, and in the middle of the Tarra Bulga National park, a Danish couple had bought a café as a way to earn some money for travelling – and years later, remain with their purchase, a millstone they might never be able to sell.

Waratah Post Office, Tasmania. Despite the fact that the mine that kept the town alive has long closed, the stunning location and history keeps the town going

So despite the fact that we have driven over 45,000 kms so far (basically the same distance if we had driven right around the world), we do still enjoy the driving aspect of the trip – not every day is exciting, to be fair, but there is always some level of anticipation as to what the day’s travel might bring. Going over the brow of a hill and seeing an infinite road disappearing into a vanishing point with not a single other vehicle in sight is something we’ve yet to tire of. But while we have still much to see and do, we can see the journey’s end in a few month’s time. That’s a bittersweet feeling – while I know our two furry passengers would quite like not to be moving house every few days, it’s going to be quite an adjustment to make.  Until then, we look forward to the next bend in the road, the next sunrise and the next colourful character we will meet on our journey. 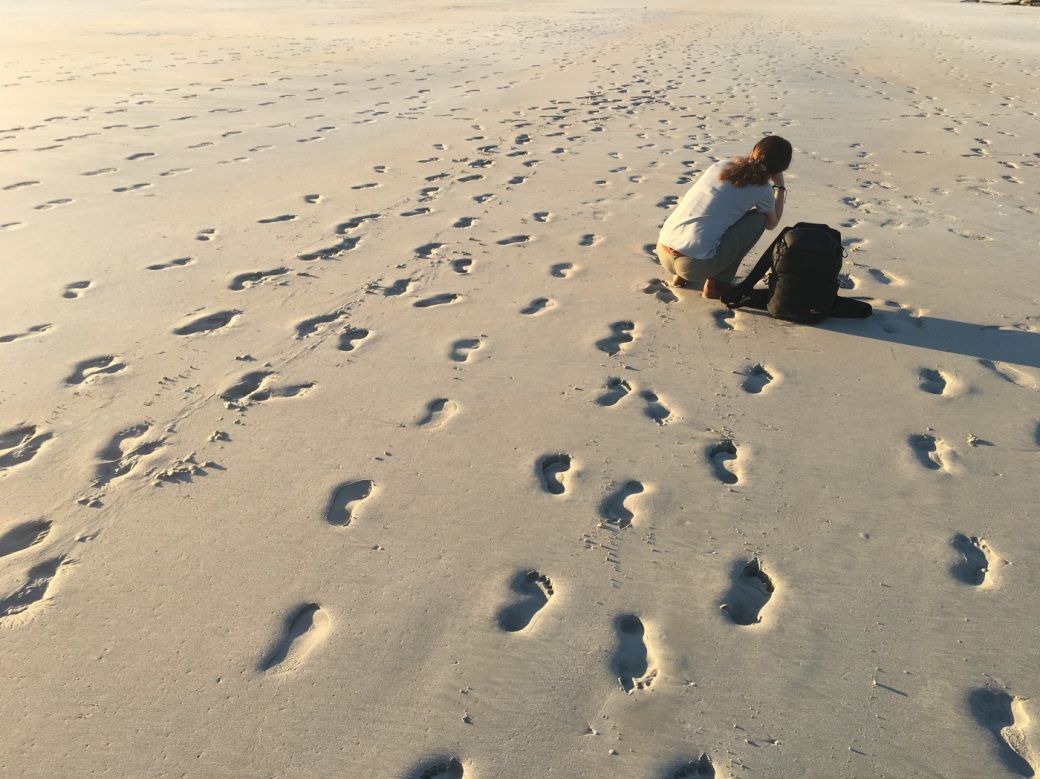 * I’m pleased to say that both dogs were fine on the ferry trip – no vomit, no wees!

3 thoughts on “No Fixed Abode”