There are places in Australia that are so weird and wonderful that they don’t feel real. Exmouth, the country’s furthest northwest town, is one of those places. Our experiences there were so surreal that we felt like we were in a movie the entire time! Actually, I’ll qualify that – we felt like we were in two movies: the first a blockbuster fantasy, where the starring role was played by a mythical creature from the deep; the second a suspense thriller, where we played the role of investigative journalists, trying to uncover a small town’s dark secrets.

Oh yes, Exmouth turned out to be a captivating place, all right! So much so that I’ve decided to write two separate blog pieces about a small, extremely remote, seemingly unassuming town.

Let’s begin with the creature from the deep. Exmouth is the jumping off point for visiting the world’s largest fringing reef, where the biggest fish on the planet – a huge (up to 20-metre), mysterious, intricately patterned creature known as a whale shark – visits its sparkling waters. About 200 of them, mostly male, feed off Exmouth’s Ningaloo reef between the months of March and July each year. Not much is known about these giants, other than that they’re filter-feeders that spend much of their time in the depths of the Indian Ocean, have an estimated lifespan of 100 years, and most likely reproduce in the waters surrounding Taiwan, the Philippines and India. 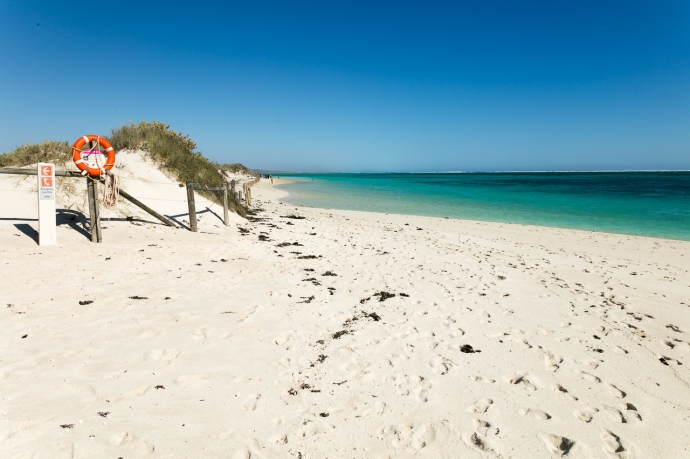 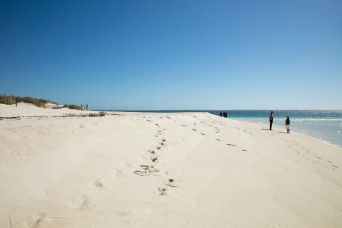 When Al first suggested that we should go swimming with whale sharks, I was quietly hoping he’d discover it was too expensive and drop the subject. Because, although I’d never heard of whale sharks before, we’ve been living in Australia for a few years now, and when the words ‘swim’ and ‘shark’ are combined, it often doesn’t end well. And without knowing anything about them, I’d guessed from their name that these beasts were gigantic. (Admittedly, years ago, when my brother was a scuba diving instructor in the Bahamas, I dived with bull, tiger and hammerhead sharks, but we’ve both grown up a lot since then, and I hadn’t planned on doing any more activities where I could end up as a crunchy snack).

But Al didn’t drop it. In fact, over breakfast one morning he said: Great news! I’ve booked the whale shark trip!

Him: Yep. We’re going to take turns. You’re going Tuesday, and I’m going Wednesday…so we can look after Bailey and Saffy.

Him: Uh-huh. The sea’s going to be flatter Tuesday. I thought you’d prefer it.

So, to cut a long story short, last week we both swam – separately – with whale sharks off the Ningaloo reef. And it was one of the most exciting, precious experiences of our lives.

Our visit to Exmouth coincided with the pink May moon: 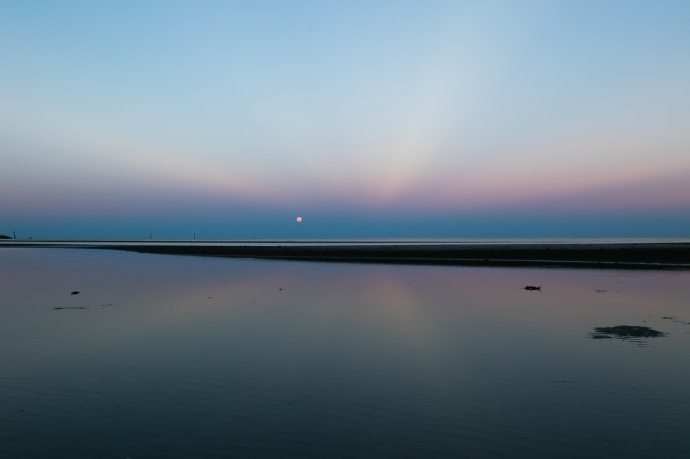 Whale sharks are simply awe-inspiring. They’re gentle, harmless, and incredibly graceful, and swimming with them as they slowly move through the shallows, with the sun shining through the turquoise water, and gem-like marine life all around, feels like a beautiful, lucid dream. The day I went, I swam with whale sharks six times and I didn’t want the day to end. We also had pods of bottlenose dolphins surfing, spinning and leaping around the bow of the boat, a family of dugongs (manatees) playing just a couple of metres away, and lemon sharks, sea snakes, rays, jellyfish and brightly coloured tropical fish gliding through the reef. It was magical, and we can’t wait to do it all again! 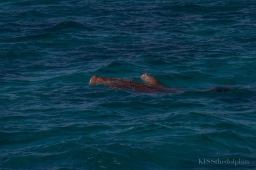 We didn’t take pictures that day. Instead, we both let the movie happen around us so that we could cherish every single second. So we’re very grateful to the lovely Kartea of Exmouth Diving Centre and KisstheDolphin Media for filming and photographing our experience for us. She’s responsible for all the underwater photographs in this blog piece, and for the  short video below, which we edited to combine the highlights from both of our days out on the reef. We hope it’ll give you a taste of the magic:

5 thoughts on “The Deep Blue Beyond”