There’s a flag flying from a street lamp as you enter the busy town of Margaret River. It reads: “the grass is greener (here).” It’s true – it was so green that it reminded me of parts of northern Europe. Other characteristics made the area feel European, too: it was thickly forested, the mornings were cool, damp and misty, and we were as likely to hear British and other European accents as we were Australian ones. In fact, it wasn’t just the town of Margaret River or the wider area that had this old world charm – the whole southwest corner of Australia shared it, which came as quite a shock to us after spending the previous couple of months exploring dry and dusty South Australia and crossing the Nullarbor.

Lush is the word. It first hit us as we left the Eyre Highway and headed south towards Esperance (a remote port and surfing settlement at the eastern end of Western Australia’s dramatic coast). We drove through a place called Grass Patch, which was named by European settlers who were delighted to discover miles and miles of rich and fertile paddocks. Even now, Grass Patch seems like a doorway to an enchanted land: on one side lies the Nullarbor, with its dusty, treeless vistas; on the other lies Australia’s southwest coast, with its majestic forests, winding rivers and vine-covered hills. 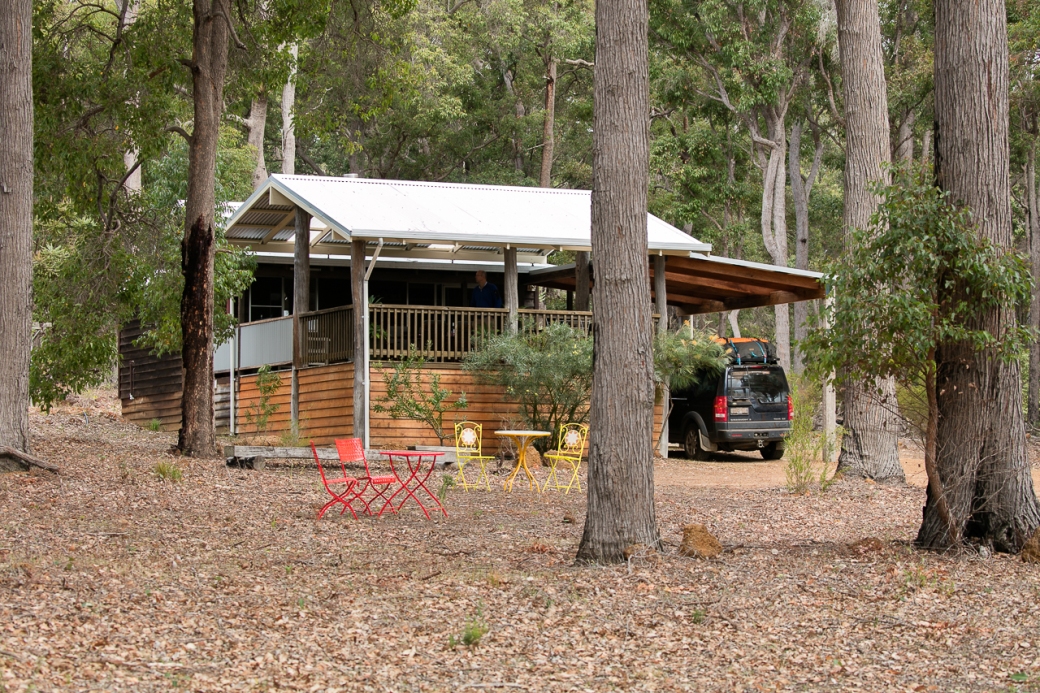 Our cabin at Jarrah Glen, where we were hosted by the lovely Judy and Ian. Bailey befriended Poker, their donkey 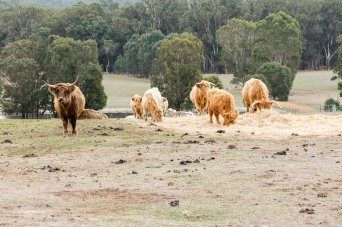 Limestone caves are common along Australia’s southwest coast. This is Lake Cave, near Prevelly

Arriving in autumn probably accentuated the region’s charms. It was harvest time, and the place was bursting with bounty. From the plump, tree-ripened figs and heirloom tomatoes being sold at Margaret River Farmers Market, to the fruit-laden vines of the hundreds of boutique wineries that blanket the landscape, there was definitely a sense that southwest Australia is blessed with abundance. We made the most of it, sampling some of the best the region had to offer. It almost goes without saying that we did a fair bit of wine-tasting (and purchasing). It would’ve been wrong not to, wouldn’t it? So you’ll be glad to hear we did our bit to keep the struggling wineries of Margaret River alive! 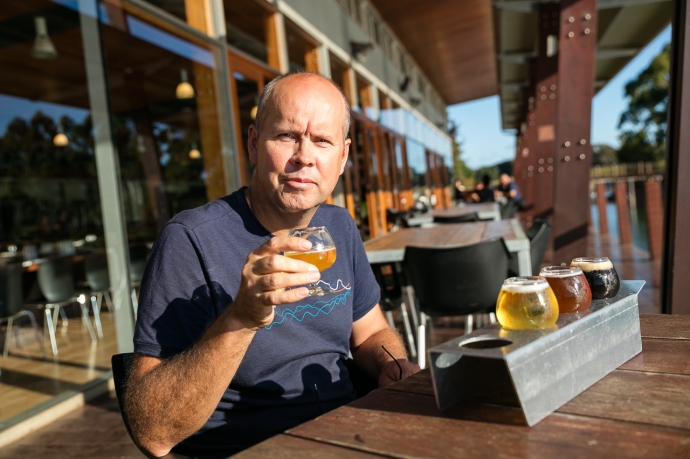 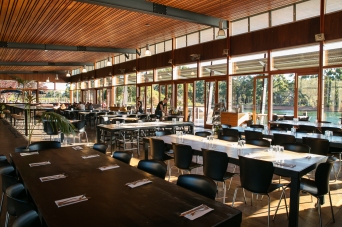 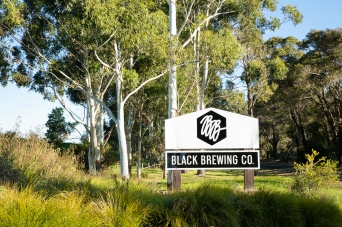 There were lots of other foodie highlights, too. We sampled beautifully crafted beers, produced with passion and flair at a tiny microbrewery called Lucky Bay Brewing at Pink Lake, near Esperance (we bought rather a lot of it, I confess). We tasted luscious sheep cheeses at Cambray Cheese outside the picturesque town of Nannup (yup, we loaded up our camping fridge). We savoured outstanding, single-origin, bean-to-bar chocolate at Gabriel’s, near Yallingup (we resolved we wouldn’t buy any, but walked out with an embarrassingly large haul). And we were tempted to pitch our tent outside Coward and Black’s Providore in Wilyabrup. We weren’t surprised to learn that it’s considered one of Australia’s top gourmet experiences – it was so exquisite, with its enormous kitchen garden and shop overflowing with mouth-watering delicacies. They had to throw us out so they could close, but not before we’d loaded up the Land Rover with everything we could get our hands on. 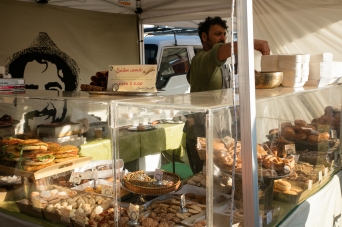 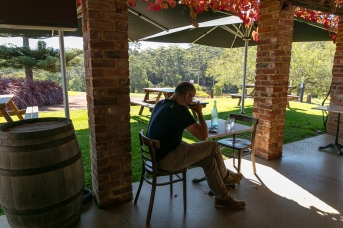 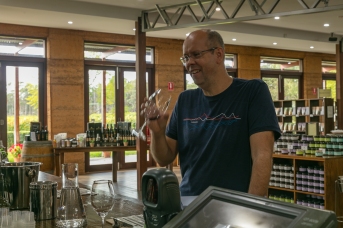 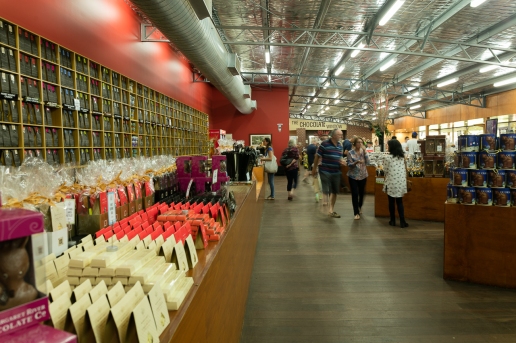 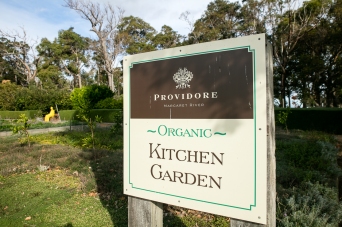 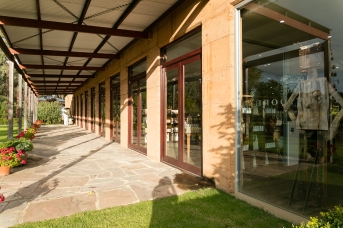 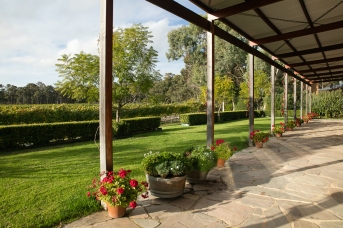 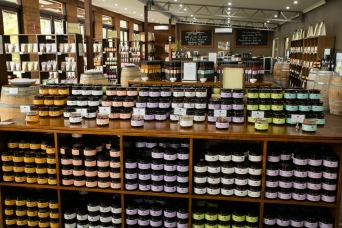 Although it was a big part of it, it wasn’t just the food that made southwest WA special. We’ve seen a lot of stunning landscapes on our Australian adventure, which we’ve shared on our blog. But the southwest corner seems to have more than its fair share of gorgeous scenery, and I think one of the features that made it so memorable was the stark contrast between the groomed and manicured towns, which were bustling with locals and tourists alike, and the untamed coastline, which was so wild in places that it felt like another world. Spending time there opened our eyes to why the area first became famous, long before the vineyards gave Margaret River its international reputation for fine wine. The surfing there was second to none; an enchanted world of sparkling breakers and snow white beaches, youthful energy and ancient land. It was an intoxicating combination that made me understand the powerful allure of surfing for the first time in my life (which is good timing because I’ve suddenly got a lot of cheese and chocolate to burn off!). 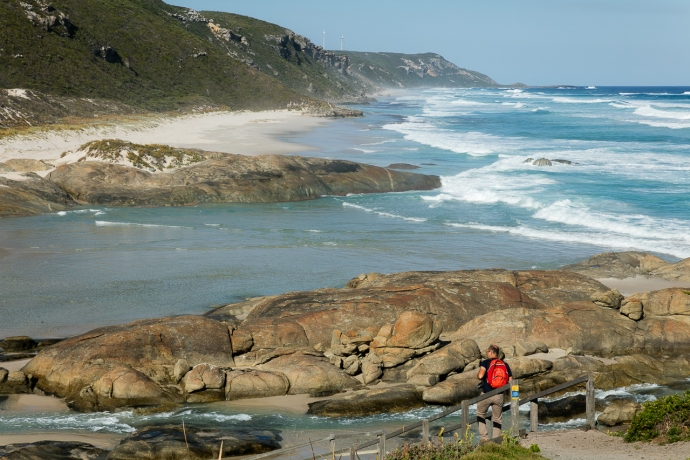 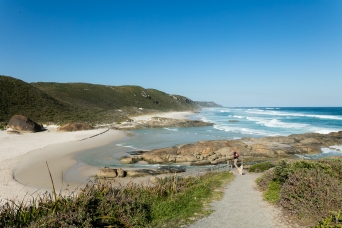 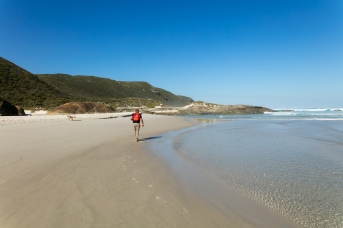 My favourite places, where foodie and surfer heaven sit side by side, were Surfers Point and River Mouth, near Prevelly, just south of the town of Margaret River. There, sitting high on the rocks, with a dolphin in her arms and waves breaking all around her, sits Layla – a striking sculpture by local artist Russell Sheridan. I fell in love with her the moment I saw her, without knowing anything about her, and spent hours photographing her. By the time the sun had set, I discovered I’d taken nearly 100 pictures, which is a record, even for me! I later found out that Layla is part of Australian surfing mythology. She’s the great granddaughter of surf God Huey, and she swims the seas of the world, caring for sea creatures, surfers and mariners. According to Sheridan, surfers who find themselves alone, helpless, and lost in the bubbles are steered to the surface by Layla for another chance at life. So, if we do take up surfing, it looks like Layla will be looking after us. 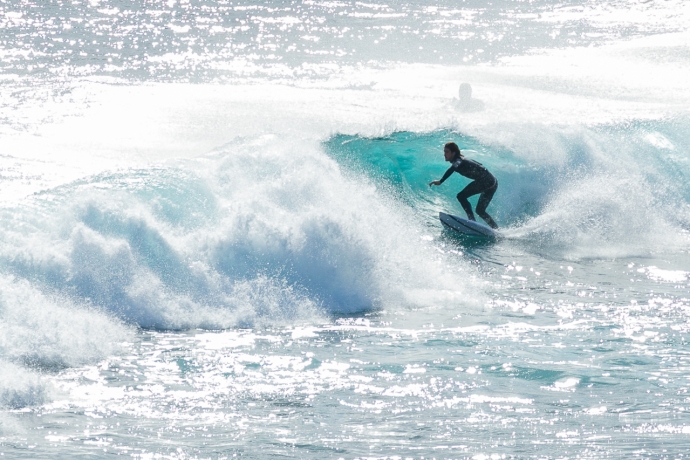 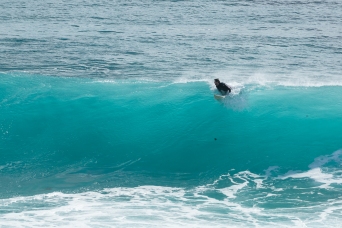 Where the mouth of the Margaret River meets the sea
An edge-of-the-earth wind whips fierce and towering waves.
They crash and boom on pummelled reef –
Salt spray flying,
Mist creeping,
Sun sinking in a darkening sky.
There sits Layla, bone-straight and immovable,
Burnt continent at her back, face to the frozen south,
The energy of the universe in her deep, all-seeing eyes.
She is mother
Protector
Spirit of the ocean. 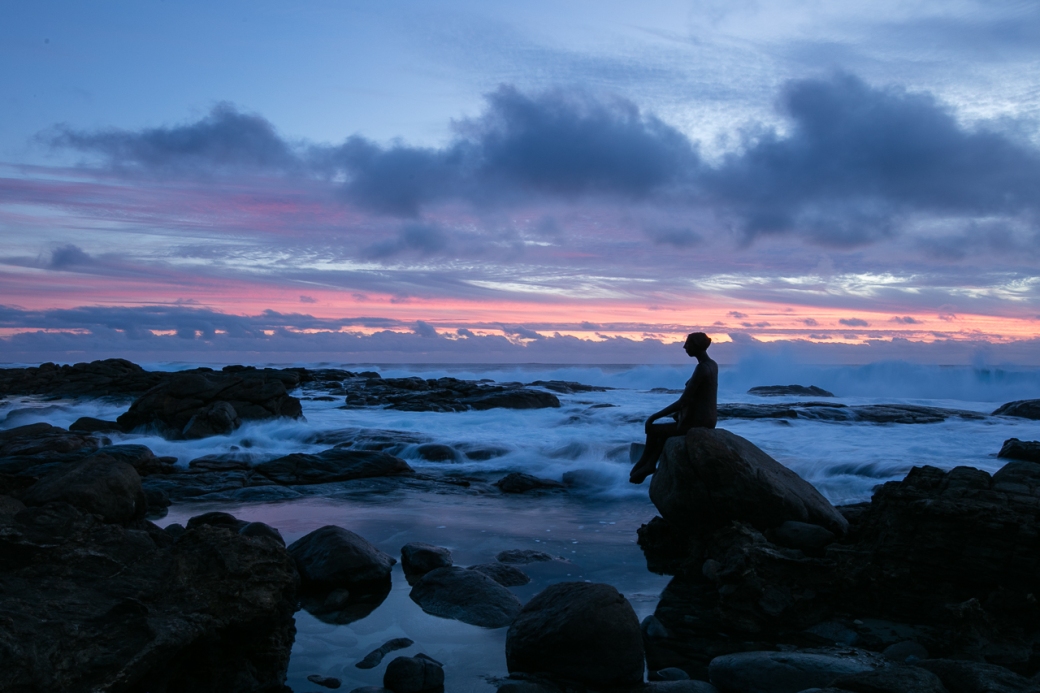 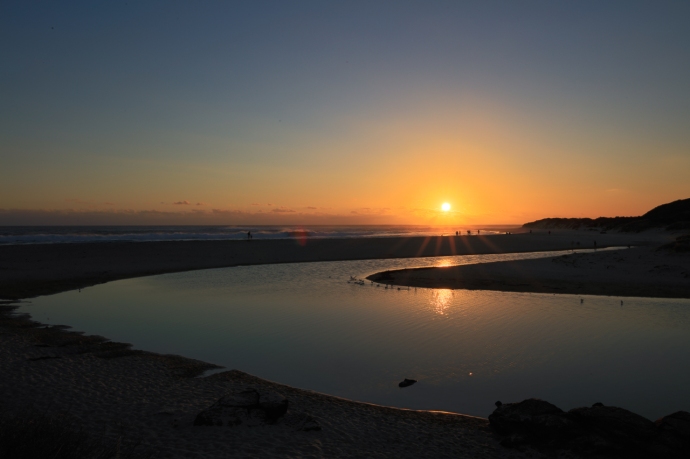 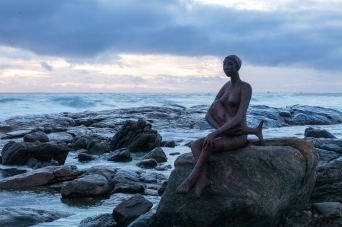 The mouth of the Margaret River, at River Mouth, Prevelly

We stayed in a dog-friendly Airbnb ‘donga’ (a simple cabin with an outdoor bathroom) near Prevelly. Our wonderful host, Josh, made bonfires for us on cold nights: